Financing Forced Labor: The Legal and Policy Implications of World Bank Loans to the Government of Uzbekistan.

Dec. 15.– Uzbekistan’s 2018 cotton harvest, which concluded in all regions of the country the first week of December, showcased the enormous challenges in uprooting Cotton harvest in Uzbekistanthe country’s deeply entrenched forced labor system. Driven by a commitment to reform at the highest levels of the government, there is a significant transition underway, which is reflected in some encouraging signs of progress. But despite serious efforts by the central government to curtail forced labor for some citizens, key root causes remained in place, driving officials at both the local and national level to force citizens into the fields again.


The Cotton Campaign and coalition partners’ preliminary 2018 harvest findings show that large-scale, government-implemented forced labor occurred during the recent cotton picking season, even as the government increased commitments to ending the practice.

«The repeated calls issued within the Church's social doctrine,
beginning with Rerum Novarum, for the promotion
of workers' associations that can defend their rights
must therefore be honoured today even more than in the past,
as a prompt and far-sighted response to the urgent need
for new forms of cooperation at the international level,
as well as the local level.» (no. 25)

A long-cherished predisposition on the part of the Roman Catholic Church is that labor unions act as a protection against the exploitation of workers. From Pope Leo XIII’s 1891 encyclical Rerum Novarum forward, the Church has been an outspoken proponent of organized labor, worker safety and human dignity.

Thus, it comes as little surprise that the U.S. Catholic Conference of Bishops weighed-in when the U.S. Supreme Court heard arguments in February regarding the Janus v. American Federation of State, County, and Municipal Employees case. At issue is AFSCME’s collection of dues from nonmembers in Illinois and the USCCB’s opposition to right-to-work legislation.

The USCCB’s amicus brief, however, succumbs to romantic notions of unions protecting employees from the child-labor sweatshops out of some 19th-century Dickensian dystopia or even Solidarity, the 1980s Polish trade union movement’s struggle against oppression of workers by the Communist state. The contemporary reality of collective bargaining, particularly that conducted by public- sector unions, is vastly different.

São Paulo, May 25.– Truckers have blocked highways in all but two of the Brazil's 28 states.

The protests have led to shortages of fuel and basic goods across the country, and have also halted industrial production and exports.

The city of São Paulo has declared a state of emergency, allowing it to seize fuel from petrol stations. 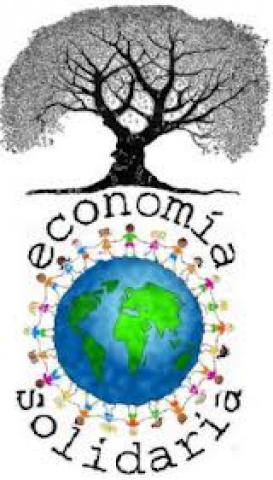 No weapon in the arsenals of the World is so formidable as the will and moral courage of free men and women.
Ronald W. Reagan